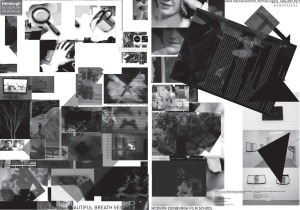 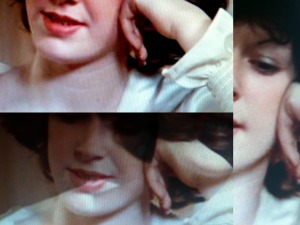 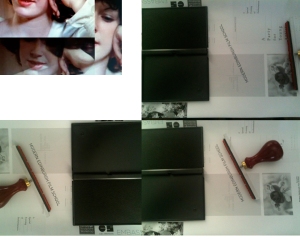 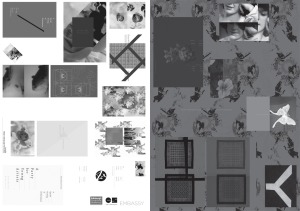 Modern Edinburgh Film School – a temporary participatory film school, combining themes of the sculptural screen, film and poetry, narrative and space, event as image, and acoustics and noise as form – is curated by the visual artist Alex Hetherington in association with Edinburgh Sculpture Workshop.

It acts as a kind of prism, reflecting, connected and transparent surfaces – where one thing can be seen through another – on the activities, functions and architecture of the Sculpture Workshop’s

new building and outward to contexts, processes and activities externally, as satellite disparate engagements. It is informed by propositions and practices by a range of national and international artists demonstrating concerns between improvisational, meticulous and sensitively drawn associations in poetry, film, moving image, space and sculpture. It hopes to work as a season of projects, appearing and disappearing, being seen discreetly, at spaces and venues across the city in 2013.

The project, meanwhile is informed by the free school, and alternative learning approaches, inhabiting an arc of combined themes of the sculptural screen, film and poetry, narrative and space, event as image, and acoustics and noise as form. Education here becomes an obstacle, articulating thoughts on commitment, graduation, qualification and drifting attention, and the possibilities of promiscuous coincidences, synchronicity.  Meanwhile it contains two considerations of time, Modern and School, and the meanings of those in abrasion to a city with faint film vocabularies, traditions, establishment and authority and museums. In turn it contains thoughts on exhibitions, fictions and contrivances: outputs, alongside the essays are, transparent letter texts on black glass (solid film credits), zines and print, and a series of events and talks: Green Screen, Group Show, A Party for Young Artists, Edinburgh Homosexual, The Hand that Holds The Desert Down, A Library.

From the outset the School sought practitioners from different stages of their careers, including students in formal education, as well as those working at a professional level in contemporary art. After an open discussion on the work, and its ambitions, at Contemporary Art Practice at Edinburgh College and an open call, that followed  the conventions of applying for work in that professional setting: 4 images, statement and moving image samples,  two practitioners were identified to become part of the project, to attend works, and respond finally with a time-based submission for a portmanteau film for a screening at Edinburgh Sculpture Workshop’s appearance at the Edinburgh Art Festival in August 2013.

All the applicants in this process responded to different aspects of the shaping of Modern Edinburgh Film School, some revealing questions on the political status of such an undertaking, others looking at the subject of the poetic and the sublime, how literature and words give potent expression to filmmaking, how the digital might inform the sculptural.

The two successful candidates are Shareen Sorour and Kaitlyn Walker-Stewart whose applications both alluded to the symmetries, echoes and architectures of film, poetry and sculpture, while containing experimental and diverse approaches to the screen, the performative, time, the object, surface and representation. While still very early stage visual art practitioners their portfolios contain intriguing enquiries. 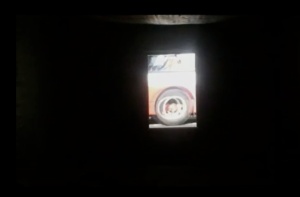 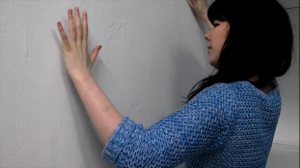 Modern Edinburgh Film School commences 15 March with a screening at Edinburgh Sculpture Workshop and a group show, Green Screen, co-curated with Embassy, followed there by performances and talks during March, and later a discussion on this collaboration at Edinburgh College of Art.

I would like to thank Alan Holligan, Jennie Temple and Colette Woods at Edinburgh College for their continued generous support of my practice in general and the work to be carried out for Modern Edinburgh Film School in particular. 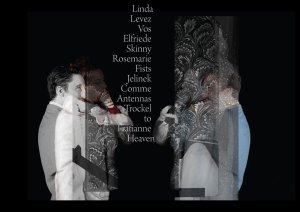 To celebrate the end of his solo show ‘Levez Vos Skinny Fists Comme Antennas To Heaven’ at the Embassy we are presenting a new one off performance devised by Alex Hetherington.

Rebecca Green and Chris McCann as Mr. And Mrs. Dempsey
…
A collective response to both his Embassy installation and his recent film – Linda Fratianne – made for the CCA. Using improvisation and a series of spoken set texts it creates a bridge between disparate and abrasive forms that explore conventions of performance, the object, glamour, failure, combat, spectacle, defeat and scripted behaviour.

The Embassy will be open until 7pm on the 31st to give you a final chance to see the show. After the performance we will be heading downstairs to the ROXY Bar for a few Hallowe’en drinks.

This performance is part of the ROXY’s death weekend a celebration of death taking place over the Hallowe’en weekend with various events check www.roxyarthouse.org for details